The tongue is a fire, James tells us—a world of iniquity that sets our lives and our world on fire, and is itself set on fire from the fires of hell. That’s pretty strong language to use about a little piece of meat in our mouths, one we can’t live without. But James, the brother of Jesus, is absolutely right. He says nobody can tame the tongue (James 3:2-10). Lions and tigers and bears can be tamed (Oh my! Well, up to a point, at least), but you can’t tame your own tongue. 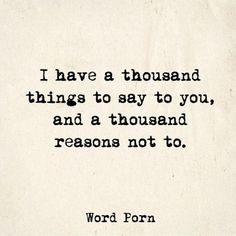 James was absolutely right. It’s only the Spirit of God that can tame the tongue, which is partly why, early in Genesis, God brought the confusion of different languages on those who were building the Tower of Babel. They thought they were doing something great, but they were just building their own kingdom, not God’s. So God showed them how their efforts looked to him: just a whole lot of confusion and self-righteous babble. And it was Holy Spirit who filled the waiting early Church with tongues of fire, enabling them to go from 120 people to 3000 in one day. Only God can tame the tongue. He even tamed the tongue of Balaam’s donkey to prove he could do the same for the rider.

But it’s not the actual literal tongue itself that’s the problem; it’s the false self—the self-made self—that tells the tongue what to say. The old nature has to express itself regardless of how it affects others. The ego has to build its kingdom, its own little Tower of Babel, with words. It’s the thoughts that come into the mind, spoon-fed by the self-made self, that won’t shut up so we can hear God’s voice and feel God’s presence in the silence. Biting your tongue won’t help. Getting your tongue pierced won’t make a difference. It’s the old nature that must be pierced, the self-made self that must be crucified. When Paul said, “I am crucified with Christ; nevertheless, I live, yet not I but Christ lives in me,” that’s what he meant: the true self, the God-made self, activated by Christ himself to live his life through us.

How do you get there? How do you get that voice in your head to stop? One way is to practice centering prayer. Spend time in silence with God, look beyond the voice, look past it to the horizon, to the God who is there even though you can’t see him. When your attention drifts, you use a name of God to help you refocus your attention on him; you express your love for him with that one word, and you forget everything else. And that kills the old nature, the self-made self, one little thought, one little word, one little tongue-byte at a time. Do that for twenty minutes, preferably twice a day, and you’ll soon begin to notice that your tongue is less likely to spew out nasty stuff.

The tongue is a warning light, a sensor that indicates your spiritual state at any given time. What’s going on inside of you on a spiritual level? Is there confusion? Anger? Deception? If your tongue is spouting curses, lies, or gobbledygook, that tells you it’s time to submit it to the Holy Spirit’s tongue tamer: silence before the everlasting God. He doesn’t scream “Silence!” at you like the Wizard of Oz. He’s gentle and kind, but he’s the real deal, not a phony. He’s worthy of worship, and times of worship and praise provide another way of taming the tongue. But perhaps even more than worship, God is worthy of our silence before him. And he uses it most effectively: silent adoration of God in his holy presence is one of the most important ways the self-made self is put to death.